Windows 11 New Update with redesigned emoji is now available for testers in the Dev Channel of the Windows Insider Program. This preview build is from the Nickel (active development branch) and it with a bunch of new emojis. These builds do not include new features as the next version of Windows 11 is still in the early days of development.

The update is called “Windows 11 Insider Preview 22478.1000 (rs_prerelease)” and it is available on supported PCs only. If you want to download and install the update on an unsupported device, you’ll need to run the third-party script that lets you bypass the requirements.

Windows 11 Build 22478.1000 flagship feature is support for new emoji. For the past few months, Microsoft has been working on Fluent emoji for Windows 11, Microsoft 365, Teams, and other products. With today’s update, Microsoft is finally bringing the new emoji design to Windows 11 test builds. 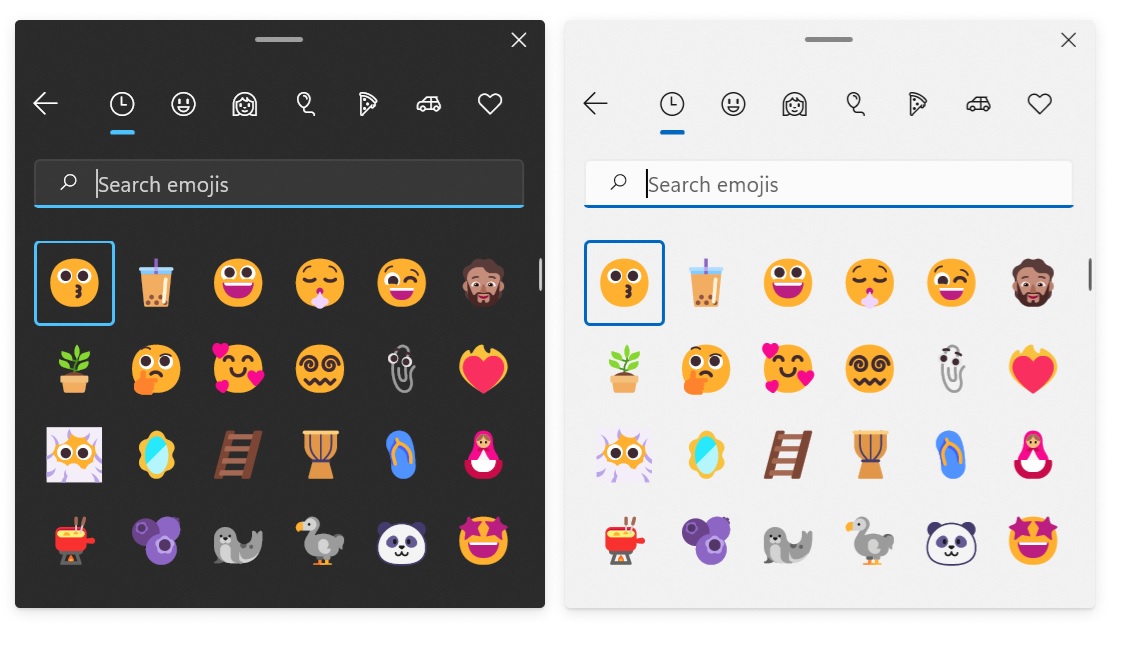 The new Fluent emoji appear in the emoji or clipboard panel of the operating system and emoji has been optimized for humour, feelings, fun and other emotions.

Microsoft has also enabled support for Emoji 13.1 which includes new emoji such as space with spiral eyes and more. As expected, you’ll also find Microsoft’s Clippy emoji in the clipboard panel.

Microsoft is planning to bring these emojis to everyone on Windows 11 via cumulative updates.

Windows 11 preview comes with an updated version of the Korean IME. The IME now matches the look and feel of the new operating system, so you can expect rounded corners, Fluent Design and similar improvements when you open the IME next time.

In this build, is now possible to authenticate your login using Windows Hello when the laptop lid is closed and it is connected to an external monitor with a camera setup.

Windows Hello’s multi-camera support is also going to ship with Windows 10 version 21H2, which is set to launch this year.

In addition to the new preview build, Microsoft has also released a cumulative update for Windows 11 version 21H2

Airtel 5G launched in India : How to activate

Bharti Airtel has become the first company to launch 5G services in the country. The services will be available in eight cities, including Delhi, Mumbai, Varanasi, Bangalore, and others. Telecom operator Bharti Airtel’s 5G services Read more…

Google has announced several software-related improvements to its existing services, with the goal of increasing productivity and improving communication across devices. The new features include self-sharing capabilities for Nearby Share, a new Gboard emojiify option Read more…

India is extremely close to launching 5G services. The telecom operators have made the spectrum-related payment to the Department of Telecommunications (DoT), and they will now receive the spectrum. Telecom Minister Ashwini Vaishnaw shared on Read more…